The On-Off ERG is a separate protocol used to investigate post-phototransduction or post-receptor dysfunction. This protocol elicits a response from the bipolar and inter-retinal cells. ISCEV indicates that his protocol may further reveal details about: CSNB, melanoma-associated retinopathy, and some forms of autoimmune retinopathy. This protocol may also be useful in X-linked retinoschisis, Batten disease, Duchenne macular dystrophy, spinocerebellar degeneration, quinine toxicity, and other retinal disorders.

This protocol can be done with our flash stimulators: ColorDome, ColorBurst, and ColorFlash.

Diagnosys has designed a 3-step protocol with step 1 On-response, step 2 Off-response, and step 3 a combined On-Off response. We do so with a ramp down, ramp up, and flicker mechanism, respectively. 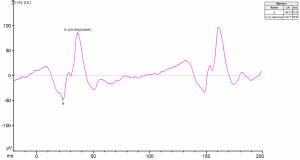 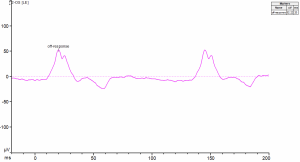 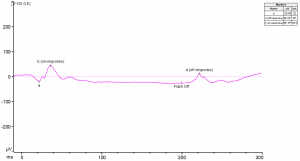